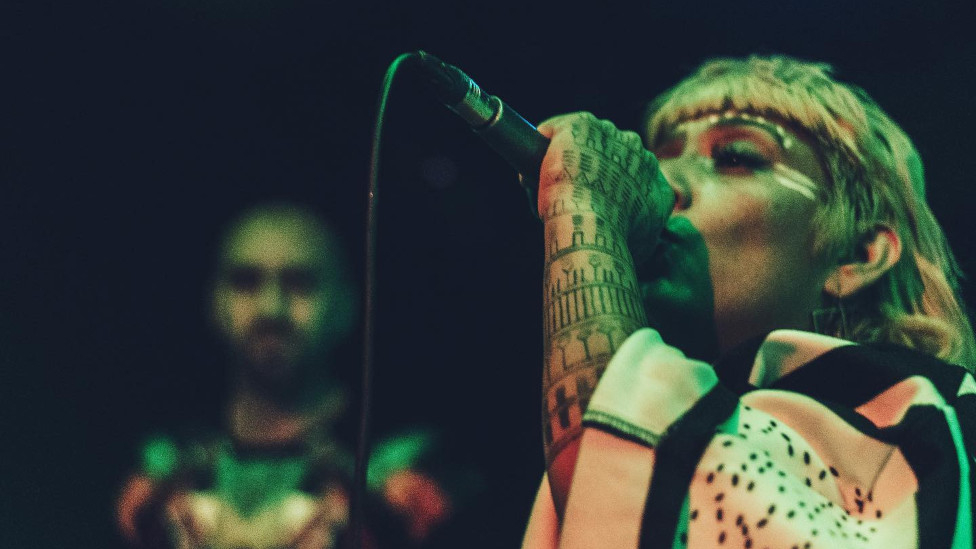 Ay carumba! If you’re looking for a Latin spark to get a party started, you could do a lot worse than turning to Danish project MAMBE & DANOCHILANGO. They merge cumbia, kuduro, tribal, dancehall, balkan beats & rhythms to their unique futuristic global bass world music – full of energy and spontaneity, a rhythmic mesh of world and electronic music.The Columbian Claudia Rodriguez aka Mambe and Mexican Fernando Mora aka Danochilango are true sonic travellers who unite the rhythms of all cultures to create the world music of the future. Despite the clattering beats and electro flourishes, they frequently lean on acoustic instrumentation, giving everything a tactile, human warmth, while Mambe, singing in Swedish, English, Danish, and Spanish, gives voice to social issues and advocates for grass roots activism.

Mambe & Danochilango have played all over the world, from alternativ clubs to big festivals such as Eurosonic, Roskilde Festival and Fusion Festival. The harmonies of acustic instruments and futuristic electro-sound from Danochilango and Mambe’s stage presence make every club and stage tremble. People dancing in minutes and merge to their own world. In 2019 they released their debut album ‘Kosmopolítēs’ and promptly it received 5 out of 5 stars in the music magazine Songlines and was added in Top Of The World.