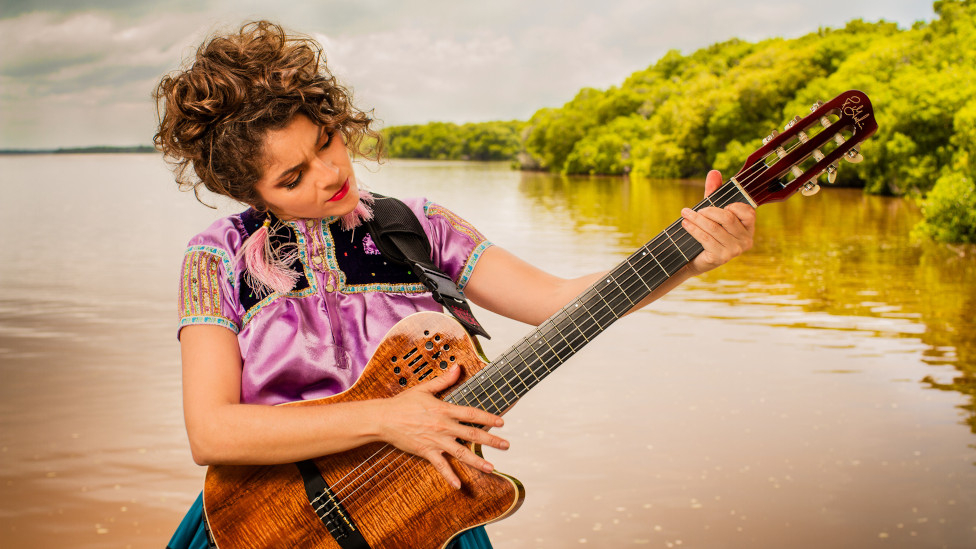 The show is a meeting of the musical roots of Mexico and a mixture of modern Latin American rhythms that save instruments and elements of indigenous culture. Bossanova, cumbia, jarana, rock, polka and reggae, accompanied by the timbres of a clay ﬂute or those of a giant sea snail, are some of the surprises that captivate the audience. In her texts, mainly in Spanish but also in English and German, María Moctezuma challenges the viewer to become aware of reality and contribute something positive to our society. Moctezuma not only interprets her new album, but also performs new versions of her most successful songs and selected Latin American classics to appeal to the musical memory of her listeners.

She plays solo, but here is a new video from the live show with band anyway: Video Live Show