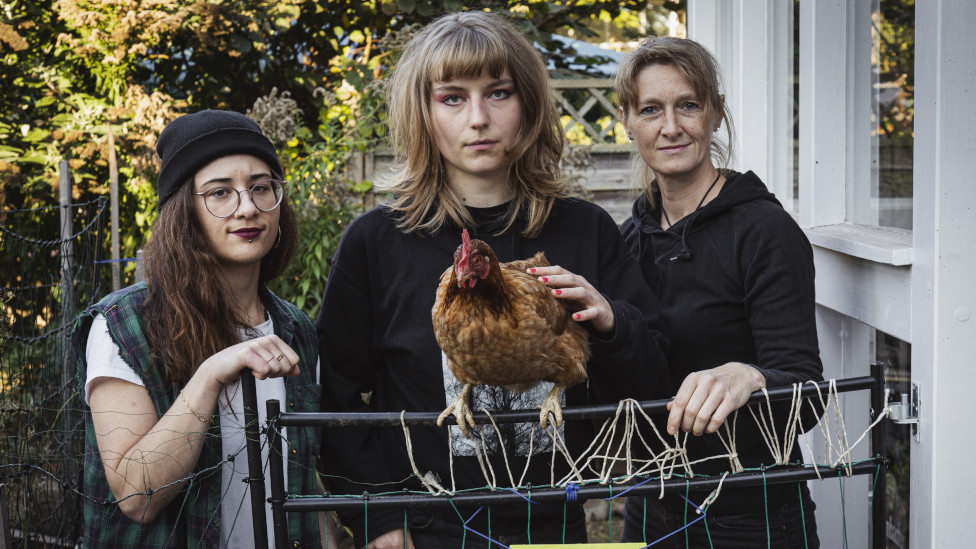 FRAUPAUL is a German-language rock band from Hamburg. FRAUPAUL rehearses in a high bunker in Altona, where they put the finishing touches on frontwoman Lisa's clever lyrics and earworm-worthy riffs. Their songs are about the very normal madness of everyday life, be it in relationships with others, the world in general or themselves.

"How are ́s you really doing?" is one of her most important questions-to herself and her audience. The unvarnished look in the mirror, even if it hurts, is the agenda. Softening up, however, is not her thing, neither in life nor in music. Their thing is uncompromisingly tackling, pulling through their own plan and of course getting up again after falling down - without a crown.

That's how their first EP was created. Recorded in Hamburg kitchens, living rooms, closets, mixed in Munich and mastered in Karlsruhe, five songs were produced that do not shy away from comparison with the male greats of the industry. The EP title "Gut genug" is not only a private confession. It also shows the band's musical self-confidence and sends a clear message: We are ready, count on us.